Our ‘Tempting Reads’ Book Club chose The Calculating Stars as our August/September read, and it was a very welcome change of pace from the two previous books which were pretty heavy (Pachinko and Sing, Unburied, Sing).

Synopsis: A meteor decimates the U.S. government and paves the way for a climate cataclysm that will eventually render the earth inhospitable to humanity. This looming threat calls for a radically accelerated timeline in the earth’s efforts to colonize space, as well as an unprecedented opportunity for a much larger share of humanity to take part.

One of these new entrants in the space race is Elma York, whose experience as a WASP pilot and mathematician earns her a place in the International Aerospace Coalition’s attempts to put man on the moon. But with so many skilled and experienced women pilots and scientists involved with the program, it doesn’t take long before Elma begins to wonder why they can’t go into space, too—aside from some pesky barriers like thousands of years of history and a host of expectations about the proper place of the fairer sex. And yet, Elma’s drive to become the first Lady Astronaut is so strong that even the most dearly held conventions may not stand a chance.

Kowal does a great job of making this novel easy to understand even if you don’t know a THING about rockets/aerospace engineering/maths in general (hi yes hello it me), and it draws you in right from the start. Which I guess isn’t hard to do when your book starts with a meteorite crashing to earth and wiping out a whole coast of the USA…but still!

The thing that really stood out to me in this book was how well written the relationships were. I mean, I’ll admit there was way too much ‘gasping’ from Elma and Nathaniel but y’know what they probably deserve a little lovin’ with all the work they do (but seriously how do they have the energy). Aaaaanyway. Gasping aside, Kowal depicts a variety of relationships from fabulous female friendships (I especially loved Elma and Nicole’s relationship), to healthy romantic relationships, and even an ever-intriguing animosity between Elma and Parker.

Which brings me to Parker. I know he’s the bad guy of the story, but I adore how Kowal still made him human. Even Elma admits that though he’s a bit of a d**k the majority of the time, he’s great at his job and a very good teacher. I was really refreshing to read a female character who can compartmentalise her interactions with this guy she hates and still give him credit for the good values he has. It’s incredibly easy to depict a character as all-out bad and I really liked that Kowal avoided it in this novel.

Characters aside, The Calculating Stars is an interesting look at sexism and racism prevalent in 1950’s America and still today. Though the book does help us appreciate how far society has come, there are definitely instances in the book where you recognise the kind of ingrained sexism that occurs in everyday life, even now. So while this was mostly a light-hearted and interesting read, it definitely still gives you something to think about.

All in all, I really did enjoy this book and I’m excited to get my hands on The Fated Sky – its sequel and (to my knowledge) the last book in the Lady Astronaut duology. Though there is also a novella that was written prior to The Calculating Stars but is set after The Fated Sky.

Rating: There’s not much to dislike about this book, to be honest. The language is simple but effective, and the relationships between characters are fabulous to read. I’m excited to get my hands on the second read in this duology!

Have you read The Calculating Stars or anything that sounds similar? 🙂 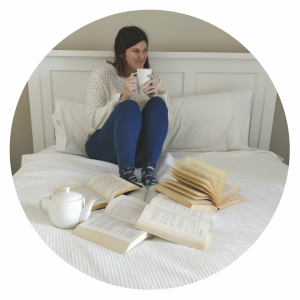